The Brave and Clever Vine

I want to take you back to the end of August.  We were nervous.  Talk around us was that yet again, harvesting in Bordeaux was beginning at the earliest dates ever recorded.   We walked around our vineyards nervously checking the state of the vine leaves; noticing the cracks in the parched soil; consulting again and again all the different weather apps we had on our telephones.   Absolutely not necessary to check our rain monitors; they had been dry for months.

The signs were not auspicious: smoke from the forest fires of the Landes hung gloomily over the city of Bordeaux and the coast; the pH levels were hovering around 4; the vines were obviously thirsty and the alcohol levels, expressed as potential sugar, were soaring.  In drought conditions, which we are experiencing more often, vines tend to shut down due to hydric stress. The grape composition changes, the ripening process stops, and the grapes become raisined.   Yet it is not too fanciful to believe that vines have memories and over the last decade or so when climate change has led to hot, dry summers, the vine has learnt to preserve its energy in order to ripen its fruit after veraison (when the berries change colour).

But we heard that Pomerol could irrigate, I hear you retorting.  Yes, a special derogation was granted to Pomerol this year for the first time, but irrigation is not always easy to implement.  First, you had to wait until the local wine syndicate gives you permission; then you have to make sure that the water comes from your own water supply and that is before you have to implement an efficient irrigation system.  The best are drip irrigation or sub irrigation which give drop by drop water to the root area either above or below ground.  These can be very costly to install, especially if you are not going to irrigate each year.  The least efficient methods are those that spray the vines and the leaves but so much of the water has evapourated before it does any good to the vines that it is pretty useless.

We used some irrigation for the young vines whose root system is not developed sufficiently to regulate water, letting the water slowly flow down the vine rows but this was not going to make a difference to the mature vines.   This is because if farmed correctly and treated well, the vine learns how to regulate its resources to protect itself and its fruit.  It will slow down photosynthesis before veraison since it knows that the leaves are already fully developed, and it can go into survival mode.   Then, as the berries change colour, it will once again spring into action, speeding up phenolic development and acid conversion (from malic to tartaric) in the grapes.   Vines know intuitively how to control water stress.

Will their intelligence be enough to face the challenges of climate change in the future?  Time will tell but we are sure that all of the efforts that we do throughout the year to ensure the soil is well aerated and not compacted; to encourage the microbial life around the roots to thrive;  to plant cover crops to provide nutrients and capture moisture; to prune the vines so that the sap can flow freely through the trunk of the vine bringing energy to the buds; to promote biodiversity so that the vine’s flowers can be efficiently pollinated and to control the foliage so that it will act both as an efficient photosynthesis machine as well as a parasol for the bunches, ensure that when the going gets tough, the courageous vine gets going.

France seems to particularly vulnerable to climate change.  During the 20th century, the average annual temperature in mainland France rose by 0.95 °C which was a temperature increase that was around 30% higher than the average global temperature rise. Over the period 1960–2009 the average warming trend in France for summer is + 0.35 °C per decade and for winter +0.20 °C per decade.  If this trend continues, by the time the average global temperature rise has reached 1.5–2 °C, the average temperature in France will have increased by around 2–2.6 °C. Summers are already getting warmer and an increase of 5–35% in autumn and winter rainfall is forecast, as well as a decrease in summer rainfall. The latter, combined with an increase in temperature, could increase the risk of more severe droughts, generally triggered by two dry winters occurring consecutively. Among the top 10 city regions in France forecast to experience increased risk of drought are Bordeaux and the capital of Burgundy’s Côte d’Or, Dijon (annually 1.5 and 1 more days of drought respectively by 2050).

After these sobering statistics, let me take you back to the 2022 harvest.  At the end of August, we knew the young vines were in difficulty, but the rest of the vineyard looked surprisingly green and healthy.  Our soils are made up of deep gravels on clay.  The difference between day and night temperatures was quite large, enabling the vines to breathe fresh, cool air in the evening.  Picking was very specific – every part of the vineyard was examined parcel by parcel to determine the correct moment to harvest.  Pick too early and the grape’s phenols are not fully ripe; pick too late and the berries risk turning to raisins.  Strangely enough the Merlots were not as overripe as we feared.  “This year it is as if the Merlots behaved like Cabernet grapes and the Cabernets behaved like Merlot grapes” a winemaker friend in Saint Emilion declared.

As for the freshness, our director Diana Berrouet reports that at Le Pin the pH is 3.7-3.8 and at L’If it is 3.5-3.6 which is normal in a hot year.  “Since there was very little malic acidity, we won’t have lost much after the malolactic fermentations, so we are not worried by the pH we have now. When you taste the wines they are surprising: fresh and complex."   We also notice how delicious and fresh the tannins are and how they balance the rather high alcohol levels.  When asked about the winemaking Diana explains: "every year now is a year for gentle extraction. We thought there would be only a short maceration after the end of fermentation, but the wines evolved very well and became softer, so we didn't make it especially short."

It is too early to make too many pronouncements about the quality of the 2022 but what we can say is that two decades ago in 2003, Le Pin made no wine as the grapes were raisined and too alcoholic.  Le Pin 2003 was nicknamed “Le Pin Grillé” (toast).  Almost twenty years later, we and our vines have learnt a great deal about surviving in the face of climate change and we believe that we have made some beautiful wines in 2022.  We are in admiration, if a little surprised at the genius of our courageous vines. 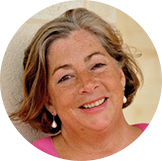